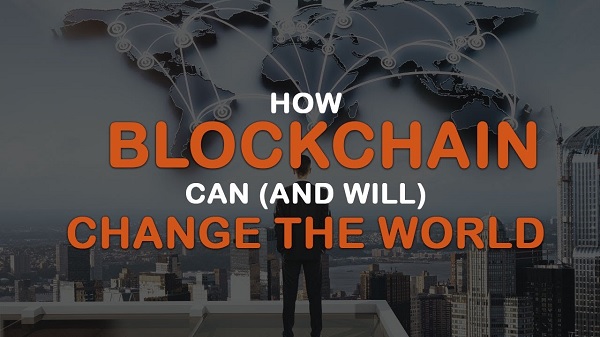 Blockchain was originally created to be a decentralised ledger of Bitcoin transactions that take place within the Bitcoin network. A decentralised or distributed ledger / database essentially means that the storage devices, where the ledgers are located, are not tied to a common processor. The blockchain contains an ever-growing list of transactions across blocks. Each block is timestamped and is then linked to the previous block to become part of the blockchain.

Users can only edit sections of the blockchain that belong to them. To edit, the user must have private keys, which is equivalent to a password. The great feature of blockchain technology is the fact that each copy is synchronized, even if the blockchain is not linked to a common processor or is accessed through devices linked to the processor.

Can the world really exist without fiat money?

How Blockchain Technology Can Change Our Life

Cryptocurrencies have already raised doubts about financial services through digital wallets, the deployment of ATMs, and the provision of loans and payment systems. Considering the fact that there are more than 2 billion people in the world today without a bank account, that change is certainly life-changing.

Perhaps the shift to crypto currencies is easier for developing countries than the process of fiat money and credit cards. In a way, it is similar to the transformation that developing countries underwent with cell phones. It was easier to acquire massive quantities of mobile phones than to provide new infrastructure for landlines.

Having access to this technology and knowledge about how to invest in crypto currencies would allow people greater transparency, it could also raise the profile and effectiveness of charities working in developing countries that are under corrupt or manipulative governments.

A higher level of trust in where the money goes and who benefits would surely lead to greater contributions and support for those in need. Blockchain can build a financial system that is based on trust.

Blockchain is not just Bitcoin

There are many other areas where blockchain technology can have an effect:

Trading energy with the use of blockchain could allow the consumer to sell excess energy to their neighbors, taking control of the utility companies. As in financial markets, there can even be a range of prices as supply and demand dictate the price.

Governments have already started pilot projects to incorporate blockchain technology into their daily operations. The intention is to obtain the efficiency gains that technology can offer.

In the UK, the government has used blockchain technology in the disbursement of student loans and also to track the payment of benefits to the underprivileged. The government’s view is that blockchain could reduce corruption, the number of fraud cases, and costs by moving away from the current use of paper.