Nursing plays a fundamental role in meeting the needs of patients, namely in terms of information needs when they are faced with the possibility of undergoing a surgical intervention (Gomes, 2009 ).

The importance of preoperative education to surgical patients has been widely recognized. According to Gonçalves (2016 ), each patient should be seen as a unique individual with their own concerns and needs, and teaching should be started by nurses as soon as possible, continuing until the patient arrives in the operating room. In general, we can say that the patient feels the need to obtain information about various aspects in the health context, and it is the nurse’s duty to transmit data about their clinical situation and nursing care (Gonçalves, Cereno, & Martins, 2017 ).

Surgery is a new reality that causes profound changes in the life of each individual, having important implications for well-being and health in the basic patterns of life at the individual and family level (Gonçalves et al., 2017 ).

The health-disease transition, as the surgical experience is considered, is associated with a sudden change in role performance resulting from the change in health status. This transition has certain properties, such as awareness, involvement, and change, to which the nurse must pay special attention in order to help the patient to overcome this transition phase in a smooth and adapted way, namely through education for health, enabling the person and helping them to acquire coping strategies that allow them to better face the surgery ( Meleis, 2010 ).

The information provided by nurses helps to increase patient satisfaction, reduce anxiety, and provide a quick recovery at home. The provision of information to surgical patients has been changing both in content and form. Sometimes, the approach is still task-focused, with limited opportunities for dialogue between the nurse and the patient, limiting the possibility of the patient asking questions (Mitchell, 2016 ).

According to Medina-Garzón (2019 ), and empathic communication with the surgical patient, through an informative intervention, will contribute to the reduction of preoperative anxiety in scheduled surgery. Also, according to Algacidal and Clingier (2018 ), determining the surgical patient’s informational needs will contribute to filling the lack of knowledge and reducing anxiety. This assessment will also help nurses to transmit information to the person in a perioperative situation, increasing their satisfaction and the quality of health services.

This is an aspect that leads us to the need for a structured approach on the part of the nurse in the preoperative period, namely by conducting a nursing consultation, given that the provision of information that meets the patient’s interests and doubts during meetings of limited duration is one of the challenges of the currently scheduled surgery.

What are the psychometric properties of the Preoperative Information Rating Scale?

This is a psychometric study. We started by building a set of statements (items) based on the experience of the researchers and a review of the literature on the subject of preoperative information. This process resulted in a list of 15 items to which the individuals in the sample had to answer if they were: not informed, poorly informed, sufficiently informed, or too informed. Each statement was scored with 0, 1, 3, or 2 points, respectively. The total score obtained could range from 0 to 45 points, and the higher the score, the better the patients’ perception of the preoperative information they have about the anesthetic-surgical procedure.

The scale consists of two factors (subscales) and given that each one of them has a different number of items, it was necessary to reduce them to the same order of magnitude and, for this, the sum of each one was divided by the number of items.

In order to consider clarity, simple understanding, and thematic representativeness as fundamental criteria, the items were arranged in a table called the Preoperative Information Assessment Scale. The scale was preceded by a set of filling instructions, with the following content: “The following statements are related to the information you currently have about anesthesia and surgery. Mark with an (X) the level of information you have”. At the beginning of the table, the expression: “I am informed …” was also presented, following which each item should be read.

The sample of this study was non-probabilistic for convenience or accidental, consisting of 200 patients proposed for scheduled surgery admitted to general surgery instruments, orthopedics, gynecology, and urology services of a hospital in the central area of ​​Portugal between September and November 2015. The criteria for inclusion in the study (eligibility) were as follows: being 18 years of age or older; be able to read, interpret and give written answers; have auditory and visual acuity and no mental alterations that could interfere with the instrument’s self-completion, and to be awaiting a scheduled surgery in the scope of the referred surgical specialties.

The final questionnaire applied consisted of some questions about sociodemographic data and the Preoperative Information Assessment Scale. 200 patients answered the questionnaire, 54.5% women and 45.5% men, with an average age of 53 years. After training the nursing teams on the different services, they collaborated in the delivery and collection of self-administered questionnaires to patients, not following a pre-established preoperative information protocol but rather the usual protocol. Respect for each participant’s self-determination was translated into their voluntary participation and obtaining prior informed consent. Authorization was obtained from the administration of the hospital center and a favorable opinion from the Ethics Committee (Official No. CES/114 and Opinion No. 268/03-2015).

The sample consisted mostly of female individuals (54.5%) from general surgery (56.0%) and who were going to undergo major surgery (57.5%). Respondents had a mean age of 53.17 years and a median of 53 years. The age group from 51 to 65 years was the most representative (32.5%). Most individuals in the sample had completed the 1st cycle of basic education (35.0%) in relation to educational qualifications. As for professional status, around 51.0% of the sample was employed, while 33.0% was retired. Regarding marital status, the majority (76.5%) were married or lived in a de facto union, and about 60.0% lived in rural areas.

In order to study its psychometric characteristics, the scale was analyzed in relation to its overall reliability by correlating each item with the total of the scale, analyzing its impact on the alpha value, and some descriptive measures. An overall alpha value of 0.903 was obtained, which according to Pastina and Gaggero (2014 ), is considered very good, with the lowest correlation value of an item with an overall value of 0.121 for item 2 (Table 1). Even so, it was decided not to remove this item, based on the experience and knowledge of the researchers about the preoperative preparation that is generally carried out in surgical services, admitting, however, that in future investigations with larger samples, elimination may be beneficial.

Given the results presented, certain limitations to the study should be considered, namely for its generalization. The lack of assessment instruments for this theme, if, on the one hand, it contributes to justifying the relevance of the construction and validation of the scale, on the other hand, makes it impossible to study concurrent validity.

Furthermore, other limitations in the analysis of the properties of the scale are related to the fact that the temporal stability was not evaluated through the test-retest. Another limitation is the fact that the scale has not been analyzed by a group of experts in the field. Thus, with the aim of content validation, it is considered that it would have been important to set up a panel of experts that included nurses who had carried out research in this area of ​​study, with academic and professional training in the area of ​​perioperative nursing, who was linked to the practice of care for the person undergoing surgery and research professors in the area, in order to obtain a final version of consensus.

Even so, the course of development and initial validation of the Preoperative Information Assessment Scale appears to be a strong point that contributes to the scientific validation of the results presented, and that indicates the potential for using the scale in future investigations.

The Cronbach’s alpha value of the global scale, with 15 items, was 0.903, which reveals good internal consistency. Factor analysis followed by varimax rotation extracted two dimensions. The composition of the dimensions suggests the meanings: Nursing care and Administrative/organizational aspects.

According to Ortiz, Wang, Elhaida, and Toppin (2015 ), the transmission of information to surgical patients in the preoperative period about the type of anesthesia, options for pain control, what they should do on the day of surgery, among others, contributes to the improvement of their satisfaction with the knowledge of the perioperative process.

As previously mentioned, the information provided to patients before surgery appears in some studies as an influencing factor of preoperative anxiety. A cross-sectional study with 99 patients selected for elective surgery, carried out in Spain, allowed the investigation of results that corroborate the hypothesis that patients who believe they need more knowledge and information about the surgical procedure have higher levels of preoperative anxiety than that those who consider themselves informed and with sufficient knowledge ( Marín, Cortés, Sanz, & Serrano, 2015 ).

In general, it can be said that the patient feels the need to obtain information about various aspects in the health context, and it is the nurse’s duty to transmit data on nursing care after a correct assessment of their information needs.

The education/teaching of surgical patients has been identified as a way to reduce preoperative anxiety, and the information provided to patients is effective in reducing anxiety in elective surgical procedures. Thus, nurses are encouraged to develop models for providing information in the preoperative period.

According to the results of this study, it can be stated that in the preoperative period, the perception of patients about the information they have about the anesthetic-surgical act is low. Even so, they perceive themselves as being better informed with regard to administrative, organizational, and logistical aspects compared to the nursing care they will receive throughout the perioperative period.

Not having found any instrument in the literature that would allow the assessment of information that patients undergoing scheduled surgery have in the preoperative period, and understanding that this would be a central aspect, it was proposed to build and validate an instrument aimed at achieving this goal. After the process of exploratory factor analysis of the scale, it was made up of two dimensions that in its entirety include 15 items, which, based on the results presented, paved the way for its application in a larger sample, continuing the scale validation study.

The evaluation of the information that the patient proposed for scheduled surgery has become crucial for the continuous improvement of the quality of nursing care that is provided to the person in a perioperative situation.

Finally, it is suggested to apply the scale more broadly in order to increase its robustness and to samples with random characteristics so that the results can be generalized and considered valid and reliable. 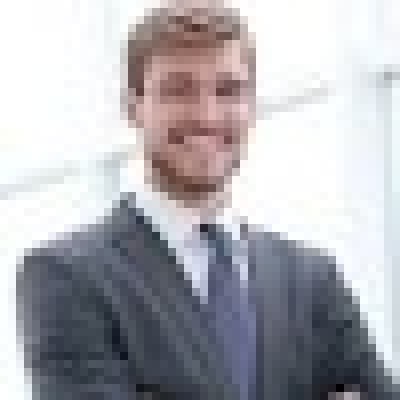