We are fortunate in Wiltshire to be surrounded by some of the greatest archaeological remains from the country’s ancient history, as well as many more modern times. Most are easily accessible from public footpaths and there are many within driving distance of Chippenham.

A good way to see Wansdyke is to head through Calne on the A4, then take the road to Bishops Canning which rises steeply into the Wilshire Downs. Before you get to North Wiltshire Golf Club there is a parking area on the left denoted as the Small Grain Picnic Area. On a sunny day there are usually plenty of walkers and hikers who make the most of the views across Wiltshire from this lovely spot.

Max, Bobby and I headed along the well marked Wansdyke Trail, we avoided the accidental cyclist in Part One which is also the official White Horse Trail for bikes.

About half a mile later, the two tracks split and Wansdyke climbed steeply toward the top of Morgans Hill. Dogs love to chase rabbits in their burrows and smell badgers and foxes that must roam these trails at night. At the top of the hill there is a communications mast and some small walled buildings, but there is plenty of room for dogs to run off their leads if the sheep aren’t in the field.

Wansdyke itself is now clearly visible and you can walk along the ancient land defenses that were built by the British or the Saxons during the 5th or 6th century, after the Romans left the country. A good detour is to walk across the field down to Furze Knoll, a small wooded hilltop with a very good view across the slopes towards Devizes Canninghill Piers.

Since we wanted to see Avebury also today, we headed back around the top of Morgans Hill and down the other side again onto the Wessex Ridgeway that follows the old Roman road from London to Bath. You can walk all the way through the Downs to Avebury but that’s too much for a short circular walk with the dogs, so we got back in the car and drove back along the A4 from Calne to Avebury.

After parking in the National Trust’s car park, we walked into the village and meandered around the large stones that make up the largest Neolithic stone circle in Europe. The sheer scale of the excavation becomes apparent as you walk around the area, and the adjacent ruins of Silbury Hill and West Kennet Long Barrow all date back to the same period about 2,500 years ago or more. This must have been a great place for early Stone Age people to understand, let alone build, and Avebury is now a National Trust-owned World Heritage Site along with the more modern 16th century Avebury Manor in the center of the village.

You can take a taxi from each airport, and it will be the most convenient option for you, although a little expensive. Highly recommended if you are traveling with someone else and can share the cost (about £50 by black taxi).

There are regular bus lines between both the airports and the city, with many stops in central London and in the most popular areas of accommodation.

If you expect to be able to use the famous London Tube to take you from the airport directly to your hotel or B&B, you may be a bit disappointed as only Heathrow has its own underground station. In fact, there are two tube stations at the end of the Piccadilly line at Heathrow Airport. The first serves Terminals 1-3 and the second for Terminal 4. You’ll definitely enjoy your first subway ride, but it can be crowded, especially around 5-7pm. It takes about 40 minutes to get to central London from Heathrow Airport. If you are going to a hotel in the Notting Hill Gate area or Victoria Station, get off at Earl’s Court Station and take another line – the District line.

As much as you might enjoy the rapid movement of the Underground, it can be somewhat difficult (or even impossible) to change trains at Earl’s Court or any other station as a bit of walking, climbing stairs, and passing through turnstiles (rolling gates). If this is your case, you can take a bus operated by Airbus. They have about 30 stops around central London and buses run between 6am and 8pm every day. The fare is very reasonable (£6) and will get you into the city center in about 60-90 minutes depending on traffic and the location of your hotel. Airbus has pick-up areas at each of the four terminals (look for the “Airbus” or “Bus to London” signs). While at the airport, go to the Travel Information Center operated by London Transport and get a free pocket-sized tube map and ‘Traveling in London’ brochure that you can study on your journey from the airport. When you arrive at your hotel, you will know almost everything you need to know about the metro lines, stations and bus lines that will take you to the famous attractions of London.

The quickest way to get into town is to take the Heathrow Express which goes to Paddington Station (15 minutes, £13 per person).

The best way to get from Gatwick Airport to central London is by train. You can choose either the Gatwick Express or the SouthEast, both of which go to Victoria Station every 15 minutes daily between 5 am and midnight and every 30 minutes during the night. Express is a little faster (30 minutes vs 40 minutes) and more expensive (£9.50 vs £8.20), but it doesn’t really matter which one you take, as it’s hard to notice the difference between them. Bus service from Gatwick only between 6:30 AM and 5:30 PM; Buses go to Victoria Coach Station. The journey takes 75 minutes and costs £7.50.

Stansted is a fairly new and modern airport that you might use if you are coming to London on a charter flight or from a European country or British destination (for example, with EasyJet and Ryanair). It’s located very far from central London, but you can take the Stansted SkyTrain and get to Liverpool Street Station in 40 minutes. The train runs every half hour and a single ticket costs £10. You can also take a bus from Stansted, but your trip will be much longer – about 90 minutes (depending on traffic). 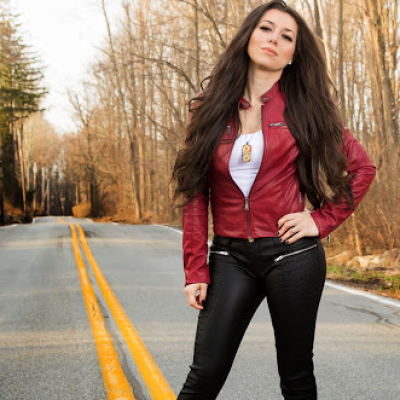